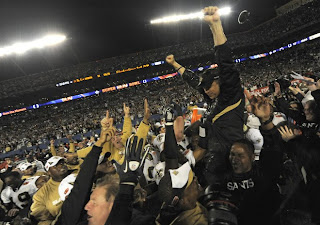 SuperBowl 44 is in the record books and the Saints are victorious! Yes I am a mid season bandwagon fan (smile, I’m open with my biases) Beyond everything, I’m really happy for the city of New Orleans! 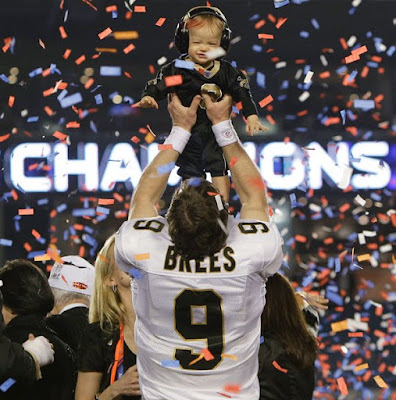 (photo Jose3030)
*Super Bowl MVP Drew Brees & son, one of the most tender moments of the celebration. 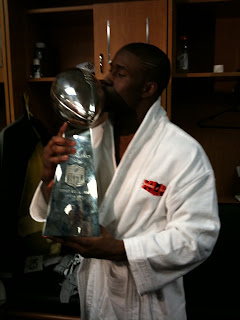 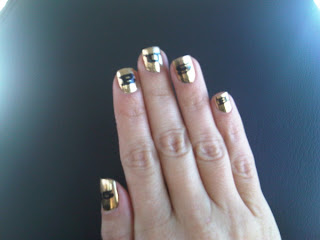 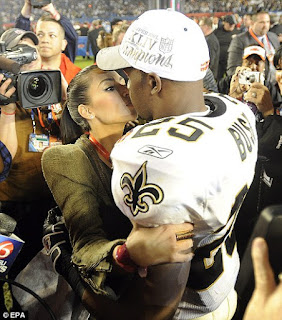 Speaking Of Kim & Reggie, I still really don’t get why so many women are mad at Kim. That’s his pick, get over it! 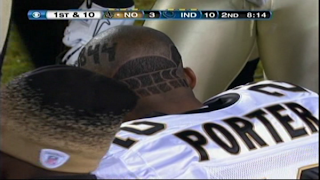 (photo Jose3030)
* I know you were GEEKED to be in the Super Bowl but seriously… NO.
A few random facts:
– The Saints went through 3 Hall Of Fame QB’s Warner, Farve & Manning
– I had no idea Peyton Manning’s dad Archie played for the Saints (hello, new to football) but the story covered in the preshow was extremely touching, I’m sure his father has to feel some sense of pride for the franchise considering the history. 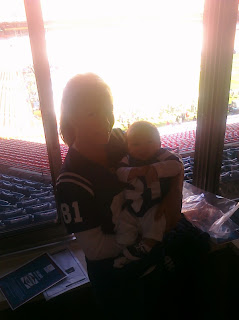 – Ironically Reggie wasn’t the only reality show Significant other playing today, Hank Bassett better known to me as Kendra Wilkins’ (Girls Next door) Boo plays for the Colts.
– Club Liv in Miami or the 2nd line on Bourbon street in New Orleans, which one was the Live Manifestation of Chaos… 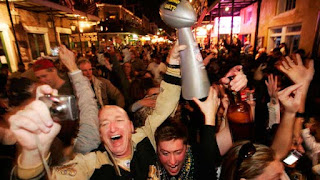