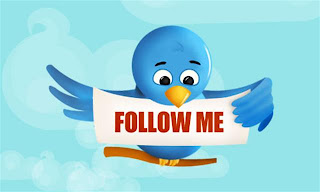 And in more Twitter news, both the NFL and ESPN have come down hard on the social network. Issuing mandates about when and how twitter can be used as an employee of both.

The San Diego Chargers fined one of their players because he made a comment about ::gasp:: the quality of the food at camp. Let’s be clear I understand that corporate America has the right to protect how their brand is portrayed and is trying to be ahead of the curve with the twitter lawsuits that will surely be raining down at any given moment. But at the same time, both of these mediums rely on fan interaction to keep them going. The more engaged a fan feels, the more likely they are to try to figure out a way to get that minimum ticket package, surely you don’t think that free t-shirt is going to keep pulling them in?
One theory I read via Jerseychaser.com (please check them out they’re quite entertaining over there even when I disagree with them) implied that these “tweetouts” are really being devised as a way to keep bloggers etc from scooping the nationals. Interesting theory especially considering the cuts that local papers are making and how Sports bloggers (and obviously entertainment bloggers) are beating them to the story like Usain Bolt on the track.
Do some of the players need guidance? Absolutely but trying to censor them and control who they are increasingly sucks the fun out of being a “fan”. Everything isn’t for everyone and the fan who follows their fav athlete on twitter certainly figure out rather quickly if this is the right forum for “them”. Technology is moving, teams better figure out a plan QUICKLY to make it work to their advantage without it looking more and more that the athletes are simply over paid chattel without a right to a voice in 2009.
As a random throw in, JR Smith deleted his twitter page based on the heat he was getting for omitting the letter “c” from some of his words. This is mostly associated with gang affiliation. I feel for JR, he’s made some mistakes but what 23 year old that was thrust into an adult world with millions wouldn’t. But, he has served his time for the most serious of those and this is a long process. Sometimes it seems people expect more from someone just because they make more money, if people learned to appreciate individuals for what they ARE there to provide (in this case entertainment through basketball) and less on making EVERYBODY a role model regardless as to their make up. You might find you’re let down a little less often.
Example, this article was posted in The Denver Post https://www.denverpost.com/nuggets/ci_12986664
In it Woody Paige alludes to the fact that its time for JR to grow up. One of the areas he uses to illustrate his point are tweets JR made about being in Vegas. Had Mr Paige dug a little deeper he would’ve known that there was a camp taking place in Vegas for NBA players and that’s what JR was there for. But as I said, people are ready to hang a title on you and run with it. So now with his twitter gone, guess we’ll just have to wait for the season to start to see if he’s still throwing up his 3 symbol. Soo woooo (just kidding, google if you don’t get it)
Twitter.com/stilettojill