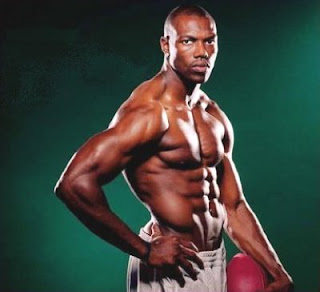 I’m a reality TV show junkie. I admit it, I watch them ALL! Well, I watch a lot of them some stuff I just can’t get with (New York goes to work, Daisy of Love, The Cougar :::barf::)

But anyway, last night was the premiere of the TO show. I was excited about the show for a reasons beyond my obvious reality TV addiction. 1. I’ve known Kita & Monique for years, they’re EP’s (Executive Producers where the real $$ are) on the show and I’m extremely proud of their accomplishments!
2. Who doesn’t love to see what Terrell Owens is going to do. For a fringe football fan such as myself, it’s pretty entertaining and he has a nice body (although I’m not attracted to TO in the LEAST bit)
But on to my thoughts. While I appreciate that they’re trying to show a different side of him. And didn’t want to be the “typical” looking for love type show. I hope they highlight some REAL moments. It all feels entirely too scripted and flat with fake story arcs. I did however find it interesting that the NFL hasn’t exactly put its stamp of approval on the show (did you catch the title card at the top of the show). Hopefully that means there are some real nuggets in the pile of fluff
Maybe that’s just me looking at it having interacted with some of the individuals featured but part of what used to draw me into reality shows was, the “reality” everything now seems forced to be over the top and dramatic. Its early in the process so I’m sure the show will settle into some sort of groove but for now, it just feels like more of the same to me.