Yesterday was the final Sunday of the NFL regular season. That means the coaching carousel is moving. Black Monday has begun with a few expected address changes.

The San Francisco 49’ers and Jim Harbaugh have mutually decided to part ways. Harbaugh is reportedly signing a six-year-$48 million contract with Michigan. During his 4 seasons with the Niners, Harbaugh’s 49 wins was 3 more than the Niners wins for the previous eight seasons, plus took him to the Super Bowl.

I think the Niners will live to regret this move. Jets have officially announced the firing of Rex Ryan and GM John Idzik. Ryan cleaned out his office over the weekend. The Jets were 4-12 this season. The Chicago Bears have fired GM Phil Emery and coach Marc Trestman. Chicago was 5-11 this season. Emery was with the Bears for three seasons, with no playoff appearances. Trestman was with the team for two. 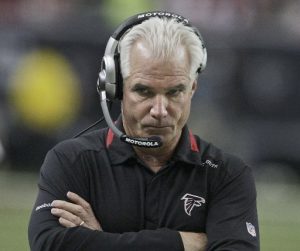 Head Coach Mike Smith was released from his contract today.