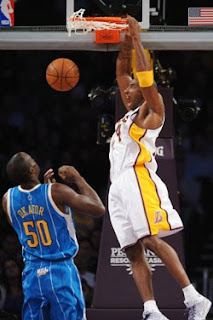 Friday night Kobe Bryant scored his 24,000th point. The youngest in NBA History to do so. He did it on a night when the Lakers were playing the Memphis Grizzlies whose starting line up did not feature Allen Iverson the former #1 pick of the 1996 draft, I bring that up because Kobe went #13 in that same draft.
2 Superstars in what was the pivotal draft that defines the moment when my love for basketball became REAL. Obviously Kobe & AI’s careers at this point are on complete opposite ends of the spectrum.
It made me look back at who came out of that draft and where they are almost 14 years later. #1 Allen Iverson AI accepted a 1-year deal as a 6th man for the lottery bound Grizzlies, and not even 2 full weeks into the season is back home in Atlanta. Early last season he was traded from the Nuggets to the Pistons, the Nuggets ended up in the Western Conference finals, the Pistons… Let’s just say that AI ended up taking his ball and going home early last season too. It hurts me because I’ve stated before, AI was my absolute FAVORITE. Now, he just seems like a guy that hasn’t realized the world has moved on without him. It’s not 2000 “Chuck” things change it’s time for you to evolve.
#2 in that draft, Marcus Camby, still in the league, playing for the Clippers.  Probably not going to see a ring when it’s all said and done. The Clippers crushed the Warriors on Friday and returned home Saturday to beat the Grizzlies (8th seed I see it for them)
#4 Stephon Marbury. If you’ve been here before, you know the joy he’s brought me over the summer with his videos (“I’m doin me, I’m doin meeee, throw ya 1’s up in the air) Lost, check my early post  HERE Starbury has pretty much killed any chance he has of being back in the NBA.
#5 Ray Allen, finally got his ring 2 seasons ago. He’s in Boston, they had their first lost to the Suns over the weekend. 7 and 1 on top of the Atlantic division isn’t a bad place to be
#6 Antoine Walker. In major trouble with the IRS. The Rock Star lifestyle will wreck you if you aren’t careful.
#10 Erick Dampier, he’s still hanging on in Dallas, They’re sitting on top of the Southwest division at 4 & 2.
#13 IS The Black Mamba, let’s just take a moment to review what he’s already done early in the ’09-’10 Season. 40 points or more in 3 of his last 5 games. (that’s 99 career games with 40 or more points scored). In the game Friday, he scored 41 points without a single 3 pointer and only 3 made free throws. I’m just stating facts people.
#14 Peja Stojaković. I remember Peja back when the Kings were actually entertaining and the Lakers Northern rivals. Currently he’s with The Hornets who seemed to have reached their peak 2 years ago. Last night they were blown out by my Lakers and sitting second to last at the bottom of the Southwest division. Byron Scott deathwatch has officially started.
#15 Steve Nash, 2 time MVP, no championships but the Suns look like they’re having a resurgence now that the “Shaq project” is behind them. They gave the Celts their 1st lost on Friday and their record is 6 and 1.
#17 Jermaine O’Neal. Currently with the Heat, O’Neal spent part of his summer in Chicago with Tim Grover (training Guru) looks like he’s ready to actively contribute to the Heat this year. At 5 and 1 the Heat are on top of the South East division and gave the Nuggets their first lost of the season. Campaign keep DWade is in full effect!
#20 Zydrunas Ilgauskas Still sitting tight with the Cleveland but all is not well in Cavalier land. Shaq was traded there this summer and as expected, it’s not really a fit. Cavs currently at 4 and 3. LeBron watch, FULL BLAST with updates every 12.2 nanoseconds. Le sigh 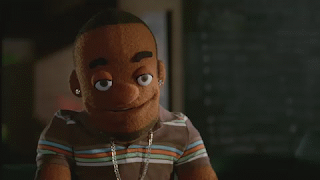 #24 Derek Fisher… well you know where he is, with his 4th ring.
A few notables from that year that went undrafted and are still in the L
– Ben Wallace & Chucky Atkins, both currently back with the Pistons. At 3 and 4 2nd to last in the Central division. And now Tayshaun Prince is out indefinitely with a back injury, I think Detroit needs to go into rebuilding mode.

So there you go, a little history mixed in with the current NBA standings. Since I took a throwback approach, let me end it by saying