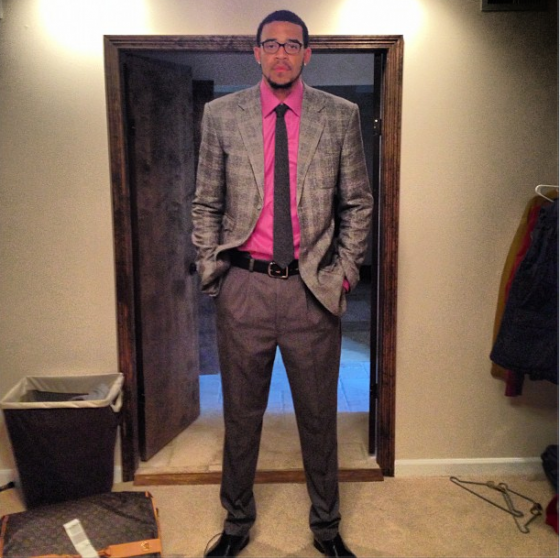 Denver Nuggets center JaVale McGee is still a work in progress. Although the big man cashed in last off season he’s still coming off the bench for the Nuggets as his game and the team work on capitalizing what they started last season. The Nuggets faced off against the Toronto Raptors Monday night. McGee showed off his pre-game steeze via Instagram, opting for a pop of color with a strawberry pink button down and a gray glen plaid sports jacket with gray trousers.

His stat line for the night, 17 points and five blocked shots as the Nuggets survived a fourth quarter rally by the Raptors to win 113-110. It also put a stop to a three game losing streak.

So the question remains, are you feeling this look?