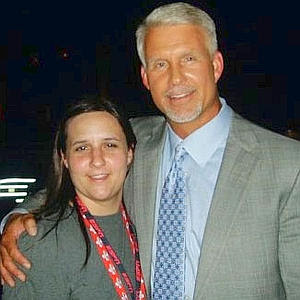 Until this morning, I had never heard of Steve Phillips. Apparently he is the former GM of the New York Mets and his current role is as an analyst for ESPN. How he was brought to my attention is because of this New York Post article which contained the letter his Jump off sent to his wife
Letter from Brooke (Steve’s Jump Off) to his wife

I said it this summer when the Steve McNair case came to light and I’ll reiterate it here, Men we get it, some of you have a need for extracurricular activities. I’m not going to tell you its wrong or any of that; I’m just asking that you stop clouding these women’s reality. Be HONEST, I promise you half of them will still give you what you’re looking for. The truth will allow you to be drama free. And what’s up with the name Steve, it’s must attract the “Tick Tick BOOM” type (that’s a crazy stalker type)

From what I’ve read, this wasn’t Steve’s first time cheating OR getting caught but the whole “Fatal Attraction” aspect of it has finally pushed his wife over the edge and they’re divorcing. Oh and my final tip, if you’re going to cheat, Please cheat up. There’s nothing worst than the sidepiece being exposed and she looks Half man, Half underwhelming. Did you middle age Cats learn nothing from Bill Clinton’s embarrassment?