SuperBowl 2010 has officially invaded Miami. A few of your favorite NFL’ers (is that a word?? If not it is now; embrace it), Celebs and the infamous “others” enjoying the show before the big show… 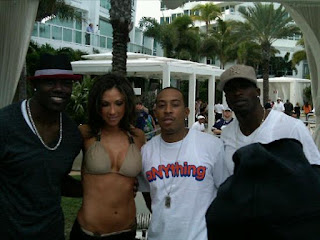 (photo via twitter)
*TO, a random, Ludacris & Ocho Cinco at their Paparazzi  pool party 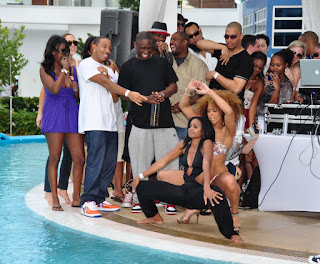 * Luda had a “How Low” dance off and your eyes are NOT deceiving you that is Ms. Royce Reed AKA Dwight Howard’s Son’s mother dropping it in front. Relax she’s a trained dancers and the cameras were there filming Basketball wives ::giggles:: I can’t WAIT for that show
*Thanks to our good friends at Blacksportsonline we now have the video. Don’t forget Ms. Reed is a trained dancer and was part of both the Orlando Magic & Miami Heat dance teams. 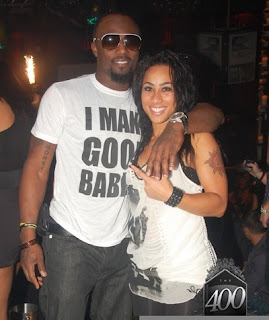 (photo courtesy of 400 life)
* Ok so I know the guy plays football and I recall he was one of those guys that got caught in the locker room with his “goods” exposed but I can’t remember his name and it’s not important enough for me to look. I will say this though, his shirt says “I make good babies” he’s a millionaire with an appealing “asset”.
Heeeyyyyyy Hoopz (that would be the female in the pic from Flavor of Love) I see you 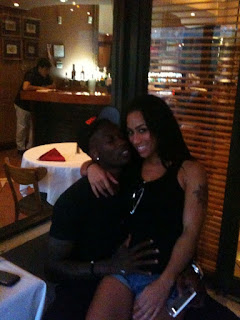 (photo via twitter)
* In fact I see you again! That’s Ocho Cinco’s lap. Yeah YOU see it! (smile) 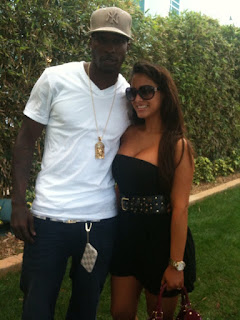 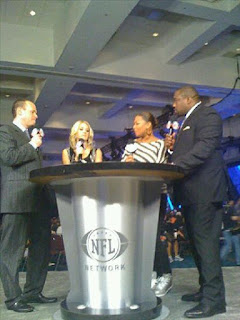 (photo via twitter)
* Its not ALL parties and debauchery, a segment from the NFL network featuring Rich Eisen, Carrie Underwood, Queen Latifah & Warren Sapp 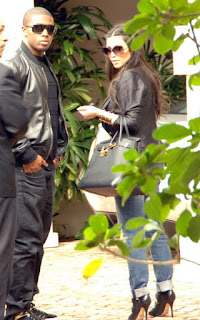 * Kim Khardashian & Reggie Bush out and about. Ok so I NEED the shoes and the glasses (the better picture of the shoes didn’t include Reggie, I thought that would be unfair since this is HIS moment) 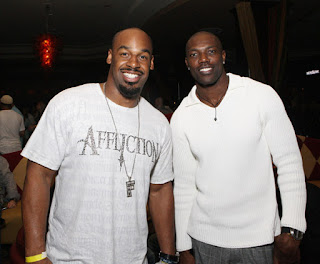 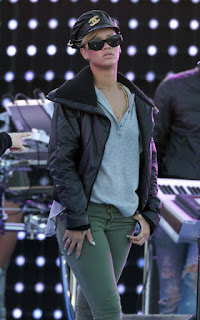 *Rihanna rehearsing for the Pepsi SuperBowl Fan Jam on the beach (MMMM no Matt again huh oh well)
Don’t worry, this is just the warm up. I’ll have more for you as the weekend rolls on.