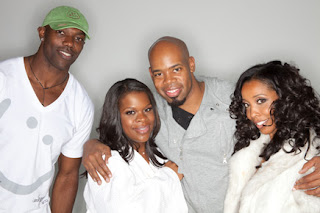 * Terrell Owens, Mo & Kita & photographer Derek Blanks. At a photo shoot for season 2 of The TO  show on VH1. TO won’t be back in Buffalo next season, Ocho Cinco has been publicly lobbying for The Bengals to bring him on. How much FUN would that be (I’m not even talking about on the field.) 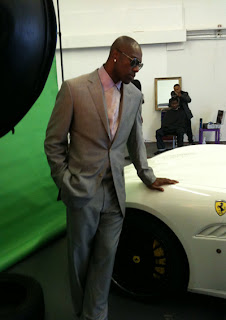 * Speaking of Mr. 85, Chad is currently in LA rehearsing for his Dancing with the Stars debut in a few weeks. Look who he found in Roscoe’s (if you’re from LA or visited and haven’t been to Roscoe’s well, you suck) Floyd Mayweather Jr. 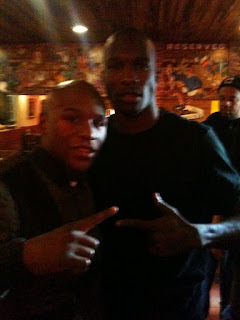 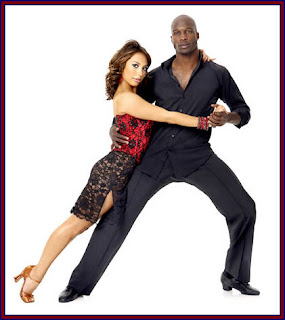 * Chad has been paired with Cheryl Burke who led Drew Lachey (Nick’s brother) and Emmit Smith to victories on the show. Did I mention I CANNOT wait for this! 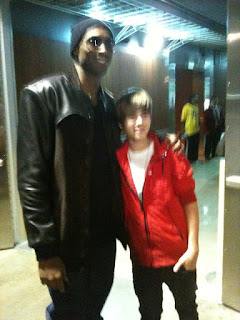 * Justin Bieber was at the Lakers vs. Nugges game last weekend. Is it bad I secretly like one of his songs (Let’s not get crazy I haven’t downloaded it… YET) Lakers beat the Nuggets for the 1st time this season but have dropped 2 in a row the 1st, an overtime game against the Heat. 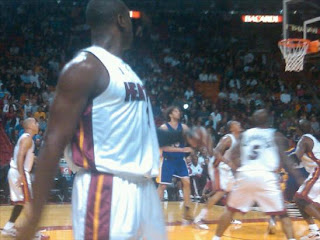 The 2nd loss was to the Bobcats… why do we always have issues with the Cats? I can blame it on the Lakers getting into Charlotte at 3 AM for a back to back game after an overtime loss… Nope still hurts 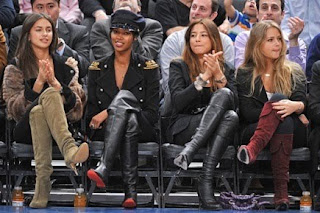 * Meanwhile model Jessica White and friends were courtside for the King James show that was in New York & New Jersey. Not really sure how I feel about the Sailor hat. I’ll get back to you on that one. 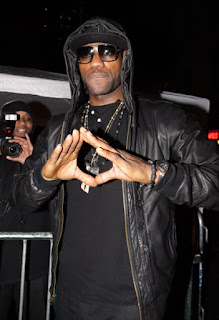 *Jay Z’s NYC tour stop happened to be going on during the same time frame as Bron’s visit to the Knicks & Nets. The show was on his off night between the two games. 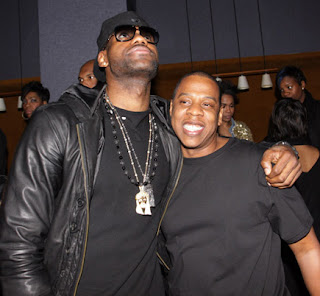 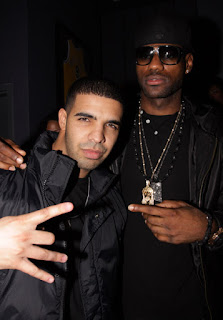 The Cavs still lead the league at 49-14 and are on a 6 game winning streak. Big Z will be back in a few weeks and Shaq SHOULD be ready for the playoffs next month.