If you visited my blog often (and thank you to those that do!!!) You’ll know that while I’m still cultivating my relationship with football, I have a healthy appreciation for Chad Ocho Cinco.

Next up for 85… DANCING WITH THE STARS!!! Chad will be the 4th NFL player featured on the show. The previous 3 were Warren Sapp, Emmitt Smith and Jerry Rice.

Also, Further down the road. A little Birdy told me there’s a VH1 show in Chad’s future as well. 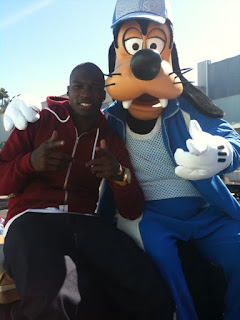 Say what you want about Ocho Cinco, he certainly keeps it interesting and absolutely understands the importance of marketing!!! I mean he has his own App!! How cool is that.