This morning around 9:00 AM EST, the Heat’s Carlos Arroyo was arrested. 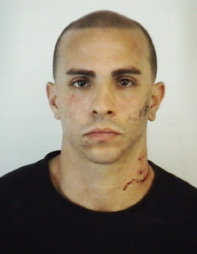 The details of the arrest according to a release from the Coral Gables Police Department are below:

“A Coral Gables Police Department detective operating an unmarked unit observed a vehicle impeding the flow of traffic. After monitoring this driver for several blocks, the CGPD detective became concerned with the driver’s behavior and the safety of the public. He then requested that a marked police unit respond to the area to conduct a traffic stop.

“A uniformed marked police motorcyclist made numerous attempts to stop the subject vehicle with negative results. Eventually, the driver did pull over but continued to disobey the lawful order to exit his vehicle. Additional units were requested due to the unwillingness of the driver to comply with the officer’s lawful orders. The driver eventually exited the vehicle. While being taken into police custody, the driver attempted to resist being handcuffed.”

According to the report, while in custody, Arroyo, “continued to be confrontational and challenging. Arroyo was posing a threat to both himself and the officers during the traffic stop.”

The report said Arroyo was transported to the Coral Gables Police Department for processing, charged with operating a motor vehicle at such a slow speed as to impede or block the normal flow of traffic. Arroyo was also charged with failure to obey a lawful order and resisting arrest without violence.

Looking at his mug shot, if he was resisting arrest without violence, why does he look like his face ran into someone’s fist??? It’s still early but you have to wonder…