I LOVE accessories. They are the cherry on top of my ensemble sundae. So think of this post as a charm bracelet.
The Bracelet: 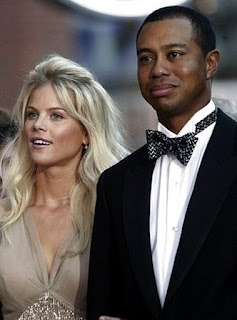 It’s almost been 2 weeks since the Tiger Woods “car accident”. I have purposely avoided discussing the situation because well 1. I don’t REALLLYYYY care all that much about golf or Tiger and 2. I just didn’t have the energy. But then came side chicks 3, 4 & 5 and word of Tiger’s wife having the prenup revised and the subsequent reactions to all of this. 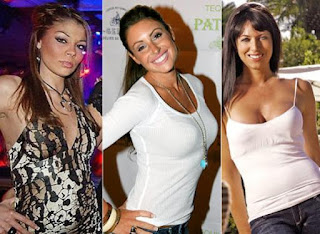 I guess the first thing is that I wasn’t SHOCKED Tiger has side chicks. Doesn’t matter that he was considered squeaky clean or that he largely kept his private life under wraps, he is a professional athlete and as callous as this may sound, “affairs” are just like balls to the actual sport, part of the game. Does that make it ok? Of course not but it is what it is and spending time deluding oneself to think otherwise is in my opinion a waste of time.
What IS shocking to me is that people feel he owes them an explanation for his behavior. No, he owes that to his wife. They took those vows. It is SHOCKING to me that men expected Elin (Tiger’s wife) to be the bigger person and not react to his indiscretions. That because she’s going for the one place she knows he values, it shows what type of person she was all along. EXCUSE ME???  I like how men always want to side step their accountability in cheating.

Ok, let me explain, I know I said it comes with the territory but what also comes with that territory is a woman’s reaction to being mislead. I’ve said this in earlier posts, Screwing with someone’s reality is never a good idea. So if women should just “accept” that it’s going to happen (and I believe this 100% when it comes to dating athletes) those same athletes should understand the consequences that come with their actions. A random 1 off with a “hot” waitress or a club chick is one thing. But a full blown relationship where there’s an emotional attachment will always hurt more. Sleeping with ANY of these women without protecting yourself (and by extension, your wife) will get a strong response. Revealing ANY details about your home life to these other women will leave your mate embarrassed, hurt and ashamed. There’s nothing like hearing details of your life from the woman sleeping with your man.

Bottom line Men, if you’re going to indulge in those side situations, understand that every time you go back to chick 2B, you’re adding to the amount your Main chick is going to charge you for her heartache when all the nasty details come out. Because make no mistake, they WILL come out. Those seem to be the only terms you guys can fully understand.
The Charms:
– Speaking of real life drama. VH1 has greenlit “Basketball Wives”. The show is about the lives of NBA wives, Ex wives, girlfriends and Baby’s mamas. Can I go on record now and say I can’t WAIT for the debauchery to ensue. The “wives” (why the quotes?? I listed out the various titles of the women involved, very few are actual wives, more like wifeys but that doesn’t bother me) involved are as follows:
*Shaunie O’Neal (soon to be the Ex Mrs. Shaq, she also serves as Executive producer) By the way, I love this picture. It was taken after she & Shaq reconciled the 1st time. I always thought it looked like she was plotting. ::giggle::
* Jennifer Williams (wife of Eric Williams) ummmm who??
* Evelyn Lozada (ex-fiancé of Antoine Walker) 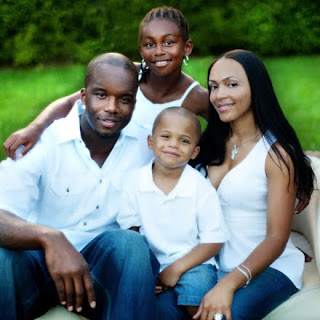 * Mesha O’Neal (wife of Jermaine O’Neal)
* Royce Reed (baby’s mama who ISN’T allowed to mention her son’s father’s name… but I can, its Dwight Howard. How that’s going to work on the show, who knows. I guess they can refer to him as “The Player”, “Player X”, Clark???) 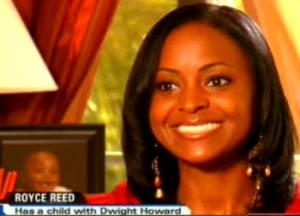 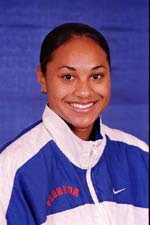 I see the Miami Heat connection. The show is scheduled to begin production this month and will begin airing on VH1 in March 2010.
– Last night was AI’s 1st game back with the Sixers. During his introduction, he went to half court and kissed it. WELCOME HOME AI. Unfortunately it was the other AI (Andre Iguodala) who showed out. Next game for AI, the Pistons, I mean it’s so perfect it could’ve been scripted!