For whatever reason, maybe it’s the combination of the BIG SUMMER OF 2010 and the fact they’re coming out of (or still buried in) a recession but this year’s NBA trading deadline seemed more active than those in previous years (although last year there was 1 more than the 5 that went down this year) A quick look at the trades and what it does for the teams involved: 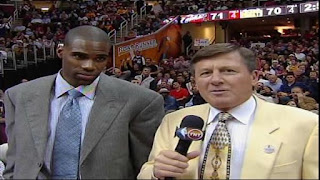 – Cavs get Antwan Jamison. I think this was a better deal for them than Amare. Stat is a diva and while talented I think egos would have clashed. He wants a lot of touches. Plus, Amare should probably be happy that someone this summer will end up overpaying him. Now to see if it works… 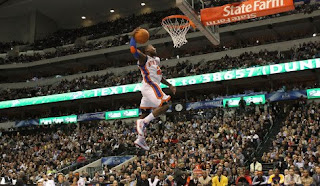 – The Boston Celtics received Nate Robinson. Twitter quote: “@nate_robinson: I’m feeling real green right now word aapp” Guess he’s still KryptoNATE {see that’s an authentic Nickname}, Knicks get Eddie House in return. Boston gets a spark plug off the bench but I don’t think it changes the Celts chances of making it out of the East. 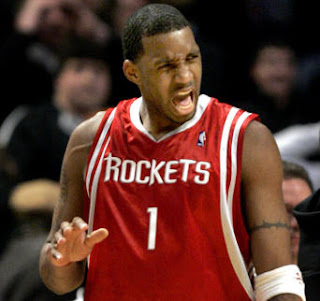 – The Rockets, Kings & Knicks managed to pull off a 3 team trade that gets TMac to the Knicks and Kevin Martin to the Rockets. ::pom poms down:: This is a rental that frees up enough cap space for the Knicks to overpay for 1 or 2 free agents this summer. Guys that are the end of top tier to that 2nd tier level but will clean up (within reason Lockout looming). The Rockets for their trouble get swingman Kevin Martin as a NICE consolation prize. It was clear the Kings fell in love with Rookie Tyreke Evans and that left little room for Kevin once he came back from injury. Everybody’s Happy 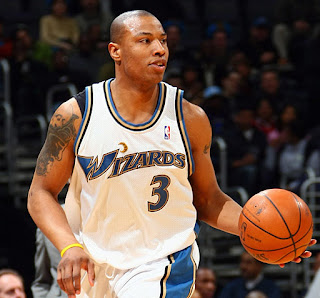 – The trade that got everything kicked off was the the 7 player trade between the Mavs & Wizards (we all knew the fire sale was coming but GEEZE) Caron Butler, Deshawn Stevenson & Brendan Haywood land with the Mavs while Josh Howard & spare parts end up with the Wizards. Word during all-star was that Josh got word about the trade at his party. His All-Star celebration turned into a going away party. Awwwww ::sad face:: One piece from this trade, Drew Gooden, is already on to the next team.

– That next team is… The Clippers!!! Yeah I’m not really that excited, the Clippers also traded away Marcus Camby (for Steve Blake and some other insignificant player). All this is in the name of Cap space. Sadly Camby didn’t want to leave LA.Clearly the season has been conceded. However please understand the Clippers are now in a position to make a legitimate run at LeBron (laugh all you want) But what other team can LeBron alsowalk in and choose his own coach?? If not Bron there’s a certain guard in DC on thin ice with LA roots that might just be available as well. Agent Zero does Hollywood??? Gilbert Arenas could be on the short list…


– a few other minor moves (they might have major implications but I’ll wait to see results before I actually hit the “CARE” button) Memphis picks up Ronni Brewer from Utah, The Bulls send Tyrus Thomas to the Bobcats for ummm picks and cash I believe. John Salmons was traded to the Bucks, Yay more cap space for the Bulls to try to lure DWade home (don’t think this will happen) and they send away their headache in Tyrus. Question, why does Vinny Del Negro still have a job??