Rihanna was featured this morning on the Ed Lover morning show in New York (Power 105.1) promoting the release of her new album “Loud” she was asked what the funniest rumor she had ever heard about herself was.

Her response: “That I was dating the Lakers Andrew Bynum. I couldn’t believe they insulted me like that” 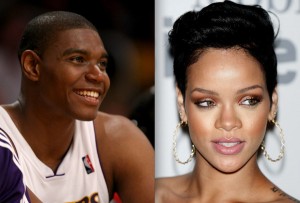 ETHERED… she then went on to discuss being in Love with Dodgers Star Matt Kemp.

Audio curtsey to BSO
It’s ok Drew, Braylon Edwards understands the sting of Rihanna too.  Just make another trip to the Playboy Mansion, I’m sure there’s another Playmate there that wouldn’t mind being saved by a 7 foot champion! 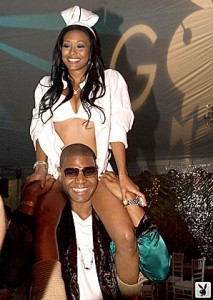