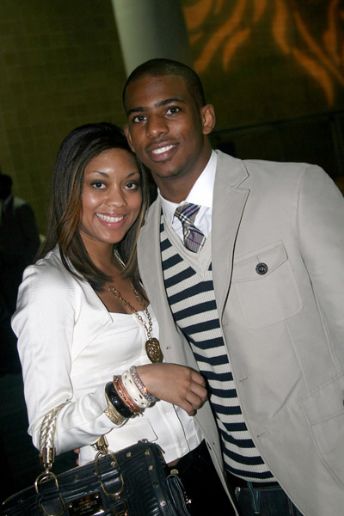 It’s Fall, Officially BOO season and right before the NBA opens up camp, Chris Paul Flew home to Winston and proposed to his girlfriend (and son’s mother) Jada Crawley.

Teyana Taylor broke the news of Chris & Jada’s engagement on twitter. There were rumors a few days ago that Lebron had proposed to his girlfriend Savannah but so far that engagement is unconfirmed.

Sweet, nice to see families making a comeback. Congrats to the couple.