So the word is that the Lakers & Pau Gasol have agreed on a contract extension through the 2013-2014 season. It’s clear how important he is to he Lakers. Since his return from injury the Lakers are 12 of 13. And of course the stat that is always repeated, the Lakers haven’t lost more than 3 in a row since he arrived to the Lakers in February of ’08.

Guess this proves they were right in their stance with Trevor, Ron Artest comes in a fills the role Trevor played although a little differently but it’s at a price the Lakers don’t mind paying. But without Pau at the start of the season, the Lakers went 8-3. Easy math to me. 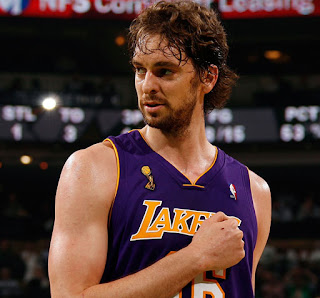