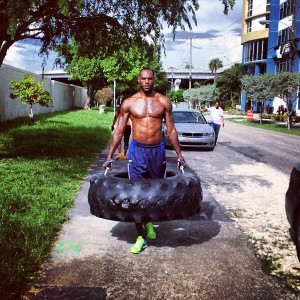 Are you starting to feel the “sources’ who believe LeBron James to the Cavs is 90% done? On Wednesday morning, the Cavs cleared $24 million in cap space in a three-team trade, sending Jarrett Jack and Sergey Karasev to the Nets, the Celtics acquire Brooklyn’s Marcus Thornton, Cleveland’s Tyler Zeller and a protected 2016 first-round pick from the Cavaliers.

But it doesn’t stop there. The Cavs are also reportedly pursuing former Heat players Ray Allen and Mike Miller. Two of LeBron’s favorites. it seems as if the Cavs are putting all their poker chips in the middle of the table. I’d never underestimate Pat Riley, but it certainly seems as if Cleveland is feeling pretty strongly about their shot.

LeBron James reached out to two vet free agents last week about joining him, IF he left Miami, sources tell Yahoo. Mike Miller was one.

LeBron’s decision holds so many other players futures in the balance as well. Chandler Parsons and Trevor Ariza are two hot free agents, targeted by many teams. Both of their names are linked to the Cavs as plan B should the LeBron situation fall through.

The King holds all the power.