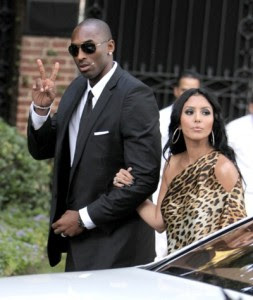 On the eve of NBA training camps opening and in celebration of MEDIA DAY, I thought it would be fun to take a look at what possible distractions a few teams will be on high alert for at the start of the season.

Of course we’re starting with my LAKERS:

– Lamar Odom, Khole Khardashian. The wedding is today, a reality show spin off is in the works for the 2. Enough said. It is Hollywood after all. I’d love to be a paparazzi plant in the Family room at Staples when Khole and Vanessa link up!!

– Ron Artest. I’ve made mention of his over the summer fan tour in earlier posts. But how this plays out during the season is any ones guess.

– Bynum how’s the knee? No not that one, the other one. 2 knee injuries 2 years in a row. Can he return to the form that earned him the nice raise last season BK2 (before the 2nd knee injury)

– Phil Jackson, reality shows, twitter, the final year of his contract and repeating as NBA Champs. Yep the Zen Master’s plate is full!

Next up MY Clippers (Yes I have a loyalty to the Clippers as well, that’s dedication!)

– Coach Dunleavy, he rubs players and fans alike the wrong way. 2 more years left on his contract plus his nebulous front office role… Long season ahead much like my new found love of the St Louis Rams.

– BD showed up last season out of shape and the whole season was pretty much a wash. Word is he’s ready this year

– Is Don Nelson all in this season?

– Stephen Jackson is he going to be traded as requested?

– LeBron watch 2010. Now that it’s actually HERE can you imagine how much more we’ll have to hear about it this year.

– The Shaq show has come to town. I LOVE Shaq, I’ve discussed him here OFTEN but how will the pairing of he & “The King” work out… lots of soundbites in our future.

– Delonte West, Mental disorders should not be taken lightly HOWEVER, the image of him riding down a highway on a 3 wheeler with a guitar case strapped to his back with a shotgun inside somehow causes me to giggle. I hope everything is ok with him and he has a productive season.

– Much like the Cavs, DWade watch for ’10 is in full affect. That coupled with all of his off court legal entanglements (lawsuits, defamation suits, divorce proceedings) should be a lot of fun on Biscayne Blvd.

– Mike Beasley is back and it sounds as if he’s learned a lot from his off season trouble. The real question is can he show it on the court and create enough synergy with Dwyane that the 2 can come together and form the championship tandem the heat has been chasing. (I don’t think their games mesh well together but we’ll see)

– Can Jermaine O’Neal’s knees hold up? I think Miami looks like a fun team on paper. Not sure if they can actually follow through but they’ve been one of my favorite teams to watch the past few years so I will keep updated!!

– Carlos Boozer. Is there really anything further I need to say? And yes he’s part of the 2010 Free agent crush also.

Memphis Grizzlies
– AI is in Memphis, local casinos get ready to entertain your guy! Are there enough shots in Memphis for OJ Mayo, AI & Rudy Gay? I’ll be watching!!

– VC is gone but Devin Harris is still there. The pick up of Courtney Lee in the off season should be an interesting one because he showed how fearless he is in the finals.

– New Russian owner. Jay Z’s swag coupled with across the water $$ will this be the new & improved version of when Cuban Purchased the Mavs?? … waiting.

– Agent Zero. He’s back. He’s entertaining on and off the court. He was very low key this summer, I can’t imagine that lasting too long. 🙂

I’m sure there are a few more interesting tidbits I’m overlooking but I thought this would be enough to get you started!! THIS is why I LOVE FALL! well Basketball and fall fashion!!! Smile Remember Stiletto comes before Jill!