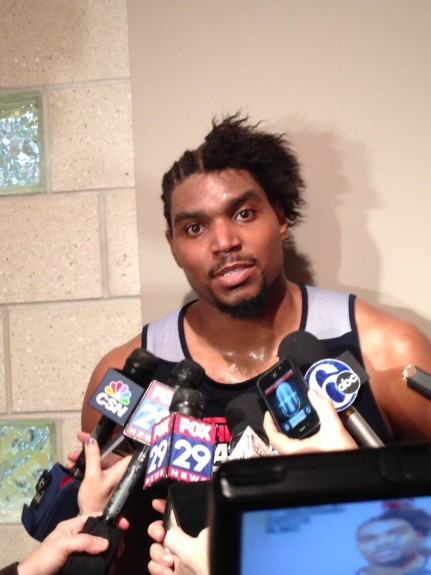 Andrew Bynum was supposed to make a return to the hardwood after the All-Star break. That’s not happening but he expects to begin practicing with his Sixers teammates in about two weeks. So basically, no real updates. I just wanted an excuse to post this photo of Andrew and his half-braid out. I get amusement by his hair choices. Join me, giggle. You know you want to!

Side note, two weeks puts us into early March about six weeks before the end of the NBA season. Not really a lot of time to make an impact. Bynum is a free agent at season’s end, would Bynum be willing to accept a one year deal from someone?