Welcome to my 1st All-Star update. It was supposed to be brought to you deep in the night as I was dragging myself into my hotel room from a Fab party in Dallas giving you all the 1st hand updates.

But Dallas weather decided IT wanted to be different in honor of the celebration and SNOW for 24 hours straight. FLIGHT CANCELED= Buzz Kill. After a day of mourning over my cute ensembles that will be revealed elsewhere and the fact that my tickets and invites to all the events (including my game tickets, I wanted to see Cowboy stadium ::pouts::) will be going to waste; I’m back and ready to give the people what they want!! Smile, I’m LOYAL to you.
1st up, the Celebrity Game. Teams were divided into East & West (Just like the real all-stars… CLEVER) 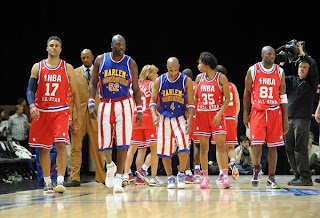 *Yupppp a few Harlem Globetrotters were on the celeb teams as well. What qualifies them as Celebs?? Are they even relevant at this point? 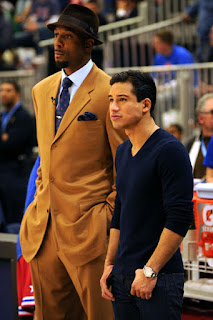 *For the East, Alonzo Mourning & Mario Lopez were coaches 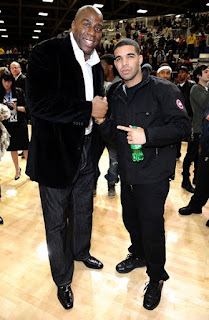 * And representing for the WEST Magic Johnson & Drake 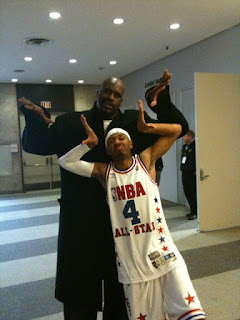 (photo via Twitter)
* Terrence J of BET’s 106th & Park and Shaq. Caught a few minutes of this game, TJ was taking it SO SERIOUS, to bad his skills didn’t match his determination. 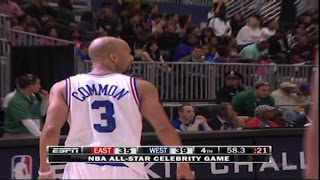 (photo via Jose3030)
* Common in the game, I guess this is a sneak peek of his upcoming role as an NBA Star with Queen Latifah 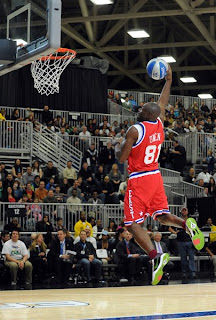 *While ya boy TO had 10 points and like 3 dunks, he was unable to 3peat as MVP, instead your 2010 Celebrity All Star Game MVP 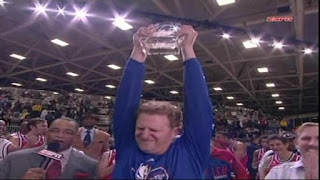 (photo via Jose3030)
* Michael Rapport (he claimed this in a pre interview… Law of Attraction??) 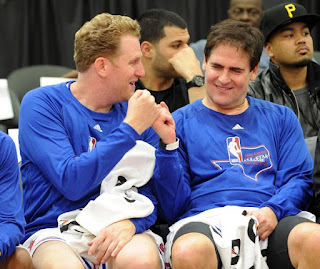 * Maybe having an owner as a teammate is the Key to his success!
* Drake of course performed his verse from Forever with King James as his hype Man
* hmmmm maybe it’s just me but I prefer Bron’s performance of it during the game a few weeks back. Drake Live… not interested
* One of the most special sightings for me was checking out all the NBA dads with their sons, I hope the ones with daughters bring them as well, perfect chance to bond with them and start their love of the game. 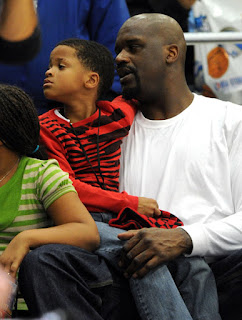 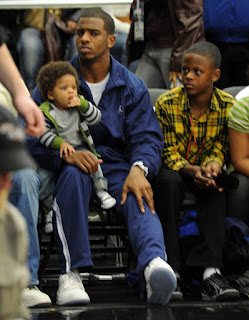 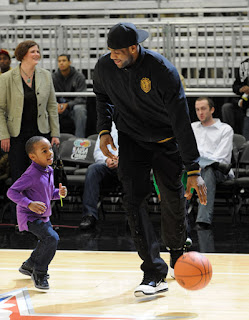