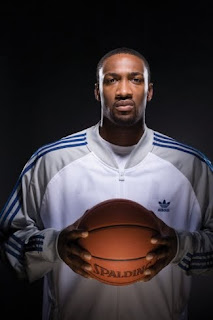 So Gilbert Arenas has been officially charged with felony gun possession. From most accounts, he looks to be taking a plea deal that will resort in little to no jail time.

Now the questions begin about his professional career. Already on an indefinite suspension for making light of the situation in a pre Game warm up, his felony conviction which falls under the morals clause and the fact that the NBA’s CBA specifically forbid having firearms at an arena means the Wizards could attempt to void his contract.

The Wizards have been on a downward spiral for awhile now and clearing Gilbert off the books plus swinging a few trades would automatically put them in the running for the Free agent sweepstakes this summer.

Of course the player’s union has to step in on some level but Billy Hunter’s rather tepid response when the story first broke seemed to indicate something else. It most certainly will continue to be one of the big stories until All-Star. Wonder how many additional trade scenarios Wizard players will pop up in.

Oh 2 teams have already banned gambling on team charters, how many of these issues are going to come up when the League & the Player’s Association begin preliminary talks on the new CBA(the current one set to expire in 2011). wouldn’t it be terrible if both the NFL & the NBA had work stoppages  back to back. Oh well ::bookmarking that topic for a later discussion::