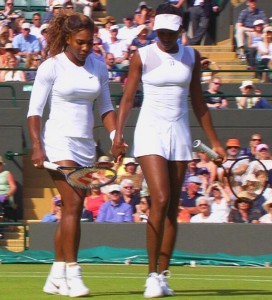 Something is going on with Serena Williams. The tennis star was competing in a doubles match at Wimbledon with her sister Venus, when she became discombobulated on the court.

Serena became disoriented, was having difficulty grabbing the ball. It’s believed that she might be suffering from a viral illness per ESPN.

Serena disoriented by dm_520cd98243c9e
Serena lost in the singles tournament on Saturday to Alize Cornet.