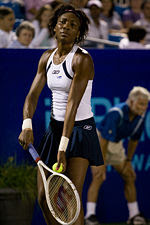 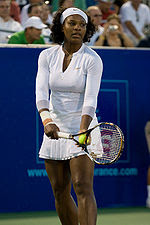 Its an all Williams sisters’ Wimbledon. Sometimes I think people forget how great Venus & Serena truly are and what they’ve managed to accomplish. Here’s a little reminder:

– They’re the only 2 women in the Open era to play each other in 4 consecutive Grand Slam finals
– Their current head to head record is tied at 10-10 (this is a tie breaking match!!)
– They’ve met in a total of 7 Grand Slam finals.
They’ve already played against each other twice this year the most recent being in April at the Sony Ericsson Open in the Semi finals. Serena won.
I know there’s a lot going on in the world of sports right now but I think its important to acknowledge the legacy that Venus & Serena have created!
Happy 4th of July!! Be safe out there.