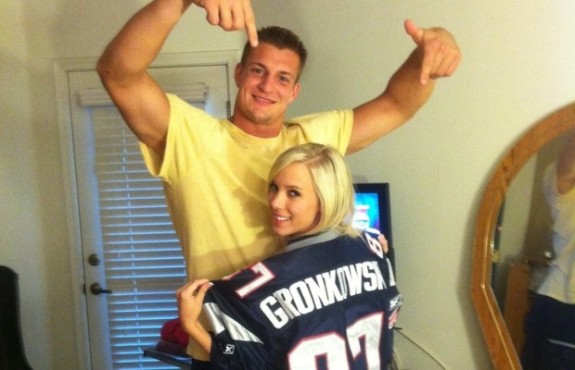 “I didn’t send anything to hurt the reputation of anyone on the New England Patriots or on behalf of Robert Kraft,” said Gronkowski. “That’s all, just a simple picture, that’s all. From here on out, I’m just here to talk about the Pittsburgh Steelers and the big game this weekend.”

“[I was] not intending to hurt anyone or ruin the reputation of the New England Patriots in any way. [It’s a] good organization here…

But there was nothing illegal, nothing related to her line of work included. Seems like it could’ve just be dealt with internally and moved on. But every move is hyper-scrutinized, these are the times we live in.

Although, it is interesting to note that Bibi gave a radio interview this week in which she mentioned that Gronkowski isn’t the first athlete she’s been friendly with. The others were primarily married including,  Atlanta Braves second baseman Dan Uggla. ::Blank stare:: She said that meets them through a friend who happens to be a Phoenix-based sport’s agent.