Fans of Lala Anthony’s reality show, Lala’s Full Court Life, will be happy to know the show is returning for a third season on VH1 in March 2012. Now that Melo and Lala are settled in New York, Lala will begin the process of expanding her brand. The focus this go round will be on her budding acting career and of course a little drama to keep it interesting. And has been the case in the previous two seasons, expect to see lots of celebrity cameos.

Speaking of life in New York, both Lala and Carmelo Anthony were spotted out in the city this week. Lala at a book signing for Michelle Obama’s stylist, Mikki Taylor. 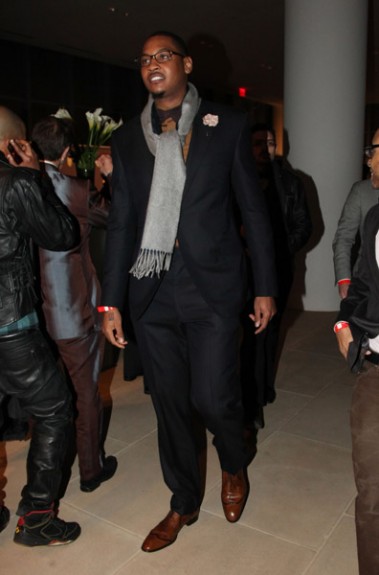 Carmelo was seen at the launch event for Lotus cars. His buddy Swizz beats is a Creative Director for the British car company.