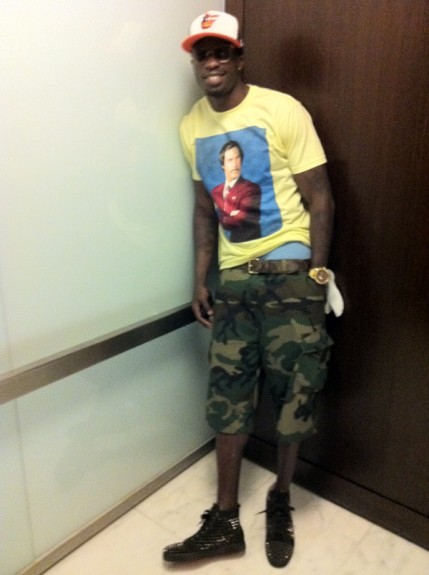 Chad Ochocinco is a character. His car was broken into on Wednesday. Ochocinco left his wallet in the car. But Ocho wasn’t upset because of losing his license, his credit cards or his iPod. Chad is distraught because his Gold Starbucks card is gone. He posted a video on Twitter to express his sadness. Caution, the language is NSFW.

Never fear though, Starbucks heard about the situation and reached out to Chad via Twitter of  course and will replace the card. Happy endings do come true!