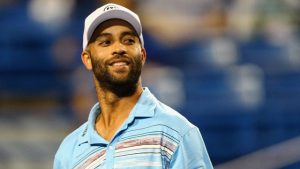 The Black Lives Matter movement was birthed after several issues of police brutality against black men and women continued to pop up with alarming frequency across the nation. This week in New York, a former top ranked tennis player had an altercation with police as he was on his way to attend the U.S. Open.

James Blake was handcuffed and tackled by five plainclothes NYPD officers outside his hotel in Manhattan. The 35-year-old was waiting for a car service to take him to the tournament when the incident occurred. All the officers were white.

The police say a witness wrongly identifying Blake in an ongoing investigation regarding the purchase of cell phones with fake credit cards.

“Once Blake was properly identified and found to have no connection to the investigation, he was released from police custody immediately,” the NYPD said in a statement to the New York Post.

As benign as that sounds, Blake has indicated the situation wasn’t that friendly and the cops used excessive force. Blake also indicated his rights were further violated when officers left him in cuffs for 15 minutes before checking his ID to validate his identity. Blake reported suffering several injuries including; a cut on his elbow and bruises on his leg.

“There’s no reason for anybody to do that to anybody, I was just standing there. I wasn’t running. It’s not even close [to being okay]. It’s blatantly unnecessary.”

The incident is being investigated by internal affairs and New York Polic Commissioner William Bratton issued a personal apology to Blake.