A Laker game no matter the opponent always brings out the Celebs; This game, Lakers vs. Celtics… Always a little extra spice to that match up. No Kobe and the Lakers mini win streak came to an end. Next up, the Lakers at Memphis and the alleged return of KOBE! 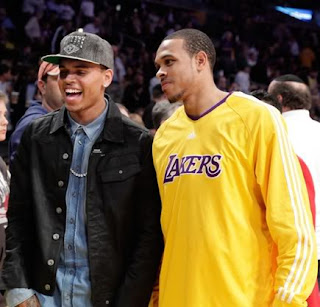 * It really takes seeing Chris & Shannon side by side to see how much they favor. I never saw it before I saw this picture. 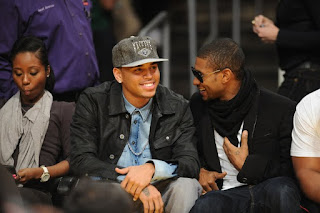 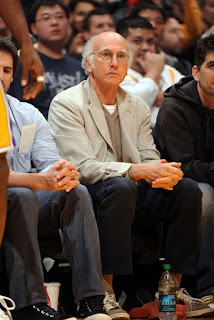 * Larry David is like my absolute FAVORITE. Curb Your Enthusiasm = hilarious. 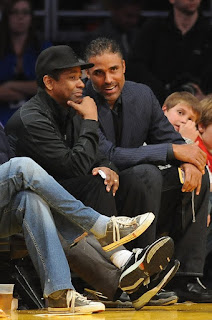 *Denzel & Rick Fox. Funny cause aren’t these 2 the standard that women & men point to for older attractive men? Heart throbs (I’ve never had a reason to write that before) 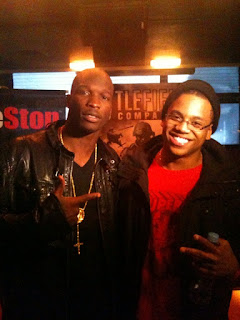 That would be Tristian Wilds from HBO’s The Wire and 90210. He has a little CB in him too but Shannon wins (You see how I tied all that together! 😉

* And this… This is the inside of the Sixers Samuel Dalembert’s suit. Shown off by AI and snapped by the Sixers other AI Andre Iguodala… 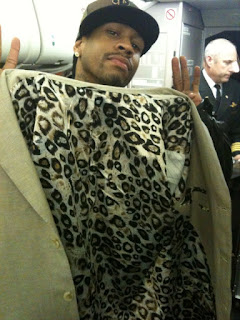 Like Pops said, “You gotta Coordinate, Bang Bang Bang” (that’s a Boomerang reference). Wonder what the leopard print matches up to…