On Wednesday, Lakers teammates Nick Young and D’Angelo Russell addressed the media about the leaked cell phone video that exposed some of Nick’s recent cheating choices.

Nick said that the details are personal and he and D’Angelo will work on repairing their relationship in private. He also wouldn’t take any questions

While Nick’s cheating has been largely overlooked, D’Angelo’s moment of bad judgement is one that will follow him for quite sometime.

“I am sick,” said Russell. “I am sorry about recording the video. I can’t repeat myself enough on that: I am sorry I recorded that video. I feel horrible. I wish this never happened.”

“The thing is, we record ourselves doing dumb stuff all the time,” he continued. “On the road or home, wherever. We go back and watch what we did and said and laugh at ourselves. I guess I just never thought that these pranks we pull on ourselves could have bigger consequences. That was a big lesson I learned.”

D’Angelo also added he feels he can’t show his face right now without being hated and that he does feel that he may have put Nick’s relationship in jeopardy. Nick tweeted and deleted I feel sorry for D’Angelo. I don’t think his intent was ever for the video to be released. D’Angelo has said he’s not sure if he was hacked or how the video got out. My money is on a women tip-toeing through his phone and releasing it. Perhaps one day we’ll get THAT story.

In the meantime, D’Angelo might want to avoid social media. His mentions are a nightmare. 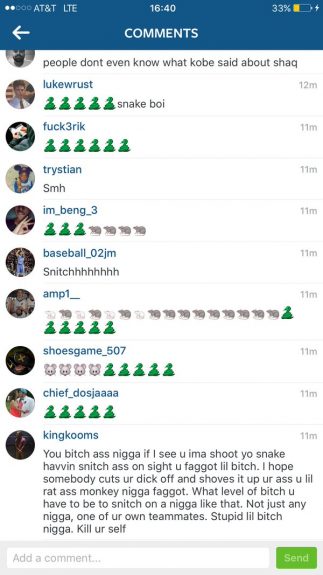