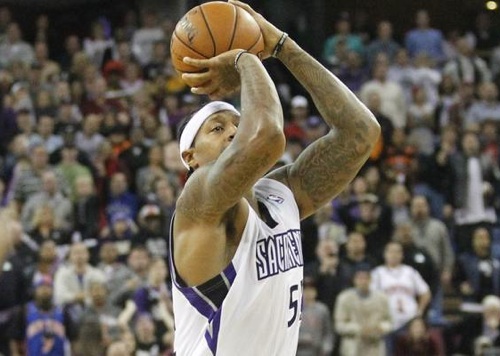 It’s only fitting that since the Knicks won on a last second shot in their game against the Phoenix Suns that they would lose by one in their next game. The Knicks were down 27-points to the Kings and fought all the way back to get the game within two points. With 20 seconds left on the clock, this play took place and began the legend of James Johnson – who?? Yeah, that was me too before this play, check it out.

Kings win 106-105. By the way, none of that happens if DeMarcus Cousins doesn’t read the Knicks play at the other end. He’s SO talented, just hope all the other stuff catches up soon.