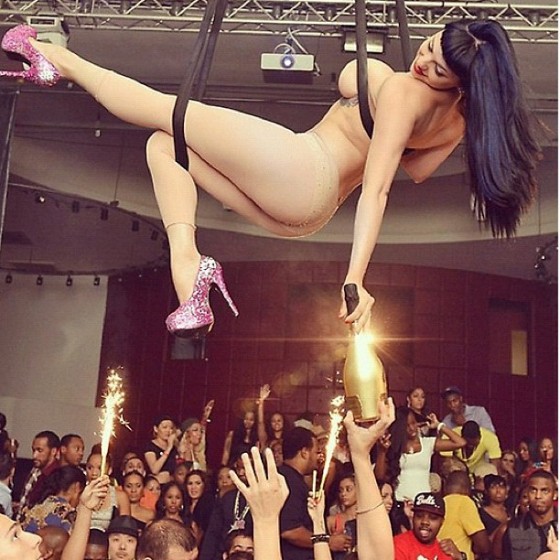 In LA, where you party and who you party with is serious business. That’s why Shane Mooney – son of legendary comedian, Paul Mooney – Greenlight Entertainment and The Supreme Team are on top.  Greenlight got it start 10 years ago as a joint venture between Shane and former Beverly Hills 90210 actor, Brian Austin Green. Since then it has evolved into the go-to destination for nightlife in LA. Party consosseurs and cool kids from all over make sure when they hit the West Coast they fall through one of their soireés.

Greenlight and the Supreme Team have a strangle hold on Hollywood, hosting, Supper Club Tuesdays, Roxbury Thursdays, Premiere Fridays and Las Palmas Saturdays. Their goal is simple, they keep the party first. It’s about having a good time and the turn up. The Supreme Team enlists some of the hottest DJ’s from all over the country to set the soundtrack for your perfect party experience. Supreme Team DJ’s, DJ BA.D is your audio selector, and on some nights,  DJ Justin Credible, DJ Drama, Don Canon, DJ Tay James are also a few of the names that provide your auditory experiences.
Since we covered the DJ’s lets check out the top songs that cause the club to turn up:

All Gold Everything – Trindad Jame$

Once your inside, what can you expect? Let’s talk libations. Chambord vodka is the official vodka, but rest assured they have all your favorite white liquor beverages. Ace of Spades champagne can be brought to your table via bottle service delivery from the ceiling. Now, I know what you’re wondering, how can you get on the list to party with the likes of Kevin Durant, Chris Brown and Rihanna, Drake, Evelyn Lozada and other artists, actors, athletes and tastemakers. The answer is simple, “Be Fly.” But here’s the twist to that, even if you’re the epitome of flyness, that doesn’t guarantee you’ll get in the door. What does? Bottle service. And because I’m here to help, I’m going to give you the direct link to your source, hit up Shane at [email protected] Be sure to tell him Jill sent you!

New Year’s Eve the party is at Roxbury for a black and white event hosted by E!’s Terrence J. Don’t forget to follow them on Twitter @GreenLightENTLA and @TheSupremeTeam1