The NBA finals start tonight with the Miami Heat facing off against the Oklahoma City Thunder- I know King James is in a zone but I’m rolling with those Thunder boys! Younger legs, deeper bench, Kevin Durant is an assassin. I have love for the Heat but DWade seems to be going through something, the point guard position is going to be killer and ab injuries are tricky. Bosh looked great in game 7 against the Celtics but I still have concerns.

Beyond that, there’s another battle brewing between the two teams, STYLE WARS!! The Heat and Thunder have been the two teams that have consistently provided “cat walk” worthy ensembles during the post season. Dwyane Wade has a style befitting a rock star, a frequent fan of color (remember the pink pants) and edge. His stylist, Calyann Barnett ran into ESPN’s Stephen A. Smith following game 7 and he had a few choice words for her about the garments she selects for DWade. 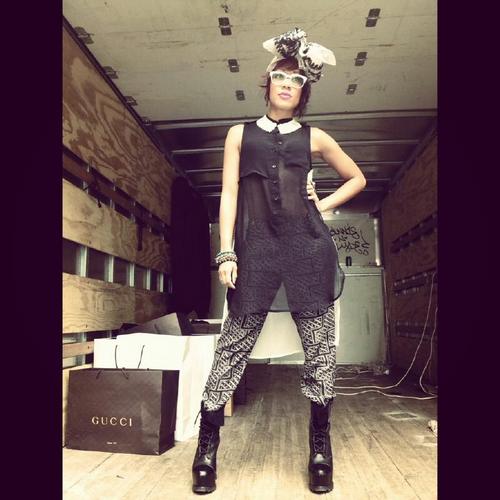 Stephen A. told Calyann that Dwyane makes bad fashion choices. As a 30-year old father of two, “he needed to be held responsible.” He then added, “we’re black, we can’t do that.”

sorry Screamin Stephen A., I can’t ride with you on this. While some of DWade’s selections may be a bit adventurous for a more conservative man, nothing he’s worn in my opinion have brought shame on black men. Smith needs to realize he’s not the demo for DWade’s style. Times have changed, it’s understandable that you may not be comfortable or into that but let DWADE, RUSS, BOSH, KING JAMES and KD cook! These are the new fashion idols for athletes. You hated it when everything was big, baggy and urban. Now they’ve adopted the dress code that was forced upon them and added their own flavor. That’s how fashion happens!