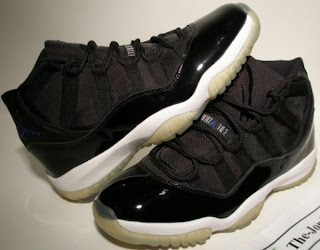 With 2 Shopping Days Left until Christmas people are still scrambling for gifts. The Jordan 11 ( Holiday Space jams) were released today at 12:01 AM. Who knew the masses were still going crazy for shoes!! I guess patience in long lines and the ability to bend steel are required if you want to own what apparently is the “Must Have” shoe for the holidays. 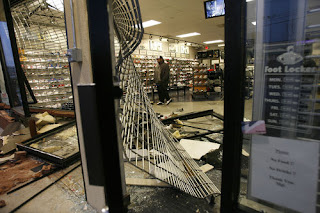 (that’s a Footlocker store that was broken into)
That’s NUTS right! But it does bring an interesting paradox to the Jordan brand. With several benchmark re releases every year, The Jordan Brand has essentially been cannibalizing itself. I mentioned the other day that the CP III is being released soon, you think his shoe is on the most wanted list? Maybe? No, not really. :Kayne West Shrug:  In February during All Star weekend, the newest member to the Jordan brand, Dwyane Wade, will be unveiling the next shoe.
In recent years the future of Jordan has rested on Carmelo Anthony (that didn’t work out to well, that was during his mini rebellion), Then Chris Paul and now DWade. Dwyane was moved over from Converse Brand (Also a Nike company) where he initially was targeted to help jump start that brands reintroduction into the shoe game. Failed clothing line and declining shoe sales aside, the goal is to finally lock in a star who can rest comfortably in Jordan’s shadow while still creating some excitement of his own. Dwyane is the only one who has a ring and a Finals MVP title. 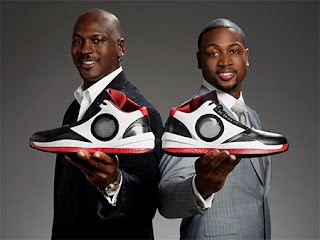 maybe Hopefully Wade can be that spark to reignite the brand. At this rate, 10 years from now, will kids still be lining up to get the new retro’ed Jordan 2010’s, CP III’s & Melo’s? Yeah, that’s what i think too.
Time for a make over!


Check out the Google stats for Space Jam Jordans 2009 :

13th most popular search in the past hour.

google.com/trends
Still Must be the Shoes!