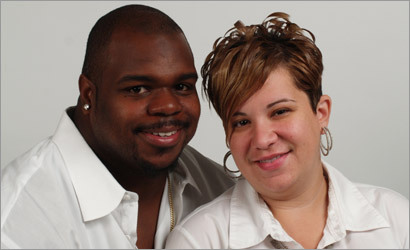 In this social media driven world where 140 characters or 30 second sound bite can spark movements and bring scorn faster than the dialogue on “Scandal.” Former New England Patriots linebacker Ted Johnson was teammates with Vince Wilfork in 2004. The two won a Super Bowl together that season too.

Johnson’s current occupation is radio host for CBS Houston. While on air Friday morning, a caller asked him to name a player who had an ugly wife. Now common sense says, you don’t answer that. Or, if you do chose to answer, make sure you’re ready for that player to come for your head. Clearly, he chose option B and answered:

“You know what, I’ve got it,” Johnson said. “And this is a big, big man. This guy had his way with the Texans this year. He won’t hear this — Vince Wilfork.”

“He won’t hear this,” he can’t be serious. You work in radio and have no idea about clips going viral? Of course Vince Wilfork heard about this and defended his wife, Bianca. Which lead to Ted Johnson back peddling. If you are NOT about that life, don’t even enter the arena. Johnson issues an apology