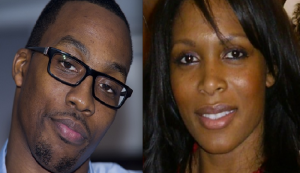 Dwight Howard is almost as known for his “baby’s mama drama” as he is for his skills on the hardwood. Howard is rumored to have between 6 – 8 children with as many different women. One of his children’s mothers, Tiffany Render is suing Dwight for child support. Tiffany has a daughter named Layla, born in October of 2010. According to Render, in 2013 she and Dwight made a private deal where Dwight would pay her $10,000 a month in child support. She says that since January, Dwight has only paid half of that amount. Since Dwight gets paid $27 million per year from his Rockets contract, Tiffany feels that she needs a boost in her monthly support, and the court to ensure Dwight pays on time. Some of the things Tiffany plans to do with the extra funds; private school, extra curricular activities and therapy for her daughter. She expects her daughter to need it being the child of a celebrity.

A celebrity with a few baby’s mamas and a lot of public battles.

She may have a point there.

Spotted at The Jasmine Brand