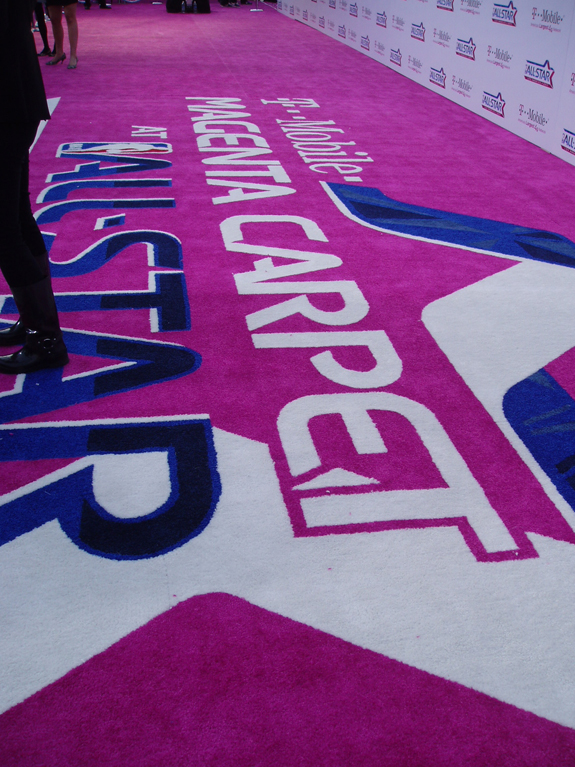 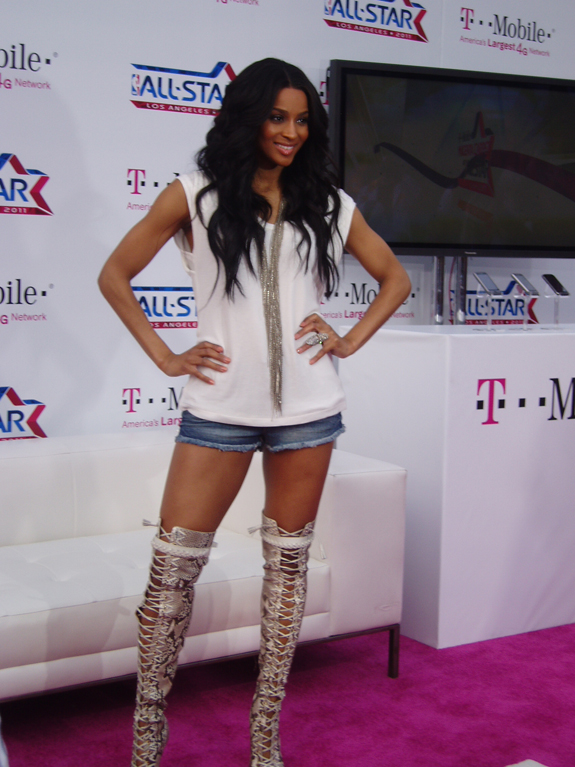 Before Tam-Star gets underway, Let’s take a moment to play homage to Ciara’s boots.

From the T-Mobile magenta carpet which started across the street at the Nokia Center, through the secret tunnels and passageways into the Staples Center, Tam-Star’s experience was unforgettable. As we were having lunch yesterday she decided to go to the game literally an hour before tip-off without a ticket. For a look at her exclusive photos from the magenta carpet and a hint as to how she crashed the game without a ticket check out The Magenta Carpet Experience.

Congrats to The West. They rocked the East 148-143 No surprised here, if you follow me on twitter @StilettoJill I made the not-so-difficult prediction that the West would win this game and Kobe would be the MVP with 37 points and a dunk on King James. Don’t trip though, LeBron had a triple double and Kevin Durant was a key factor in the west’s win!

The game itself, delivered TNT the most watched and highest ratings of an NBA All-Star Game since 2003 with 9.1 million total households viewing which equals a 5.2 rating.