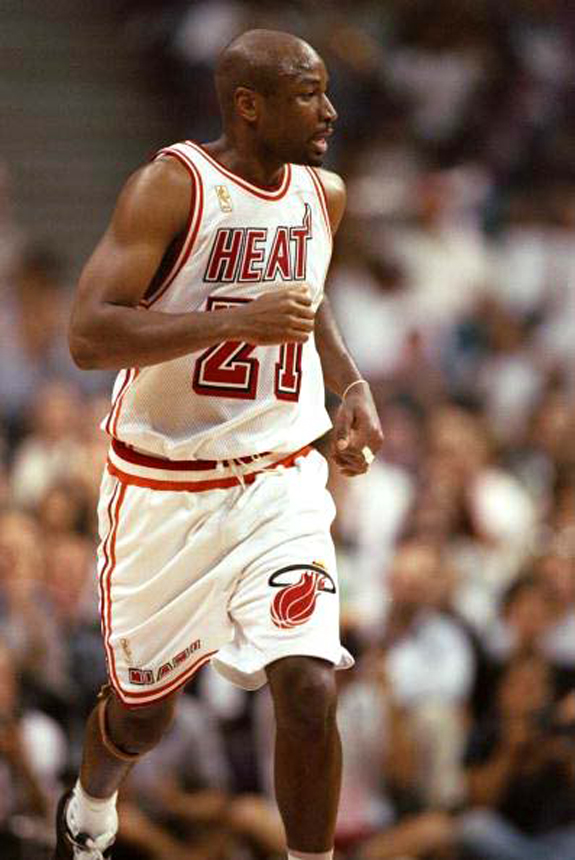 With so much attention on the Miami Heat in recent months, don’t forget there’s been plenty of action going on there for many years, especially the 3-point shot spectacles of NBA great Voshon Lenard. On the eve of the Miami Heat and Dallas Mavericks 2011 NBA Finals Championship, Voshon voiced his thoughts with Tam-Star on Miami’s Big Three, Dirk Nowitzki’s shooting skills, the NBA’s greatest players of all time, and of course, those heated battles with the New York Knicks. A former Nugget, Trail Blazer and Raptor, Voshon definitely delivers some Heat!

Tam-Star: Your career includes stints with the Denver Nuggets, Portland Trail Blazers, Toronto Raptors, and of course the Miami Heat. Growing up was there a NBA team that you wished you had played for?

Voshon: Pretty much my dream was fulfilled with Miami Heat and the Denver Nuggets. That was pretty much all the teams I really wanted to play for and dreamed of playing for.

Tam-Star: Out of all those cities, which had the cutest girls?

Voshon: Pretty much all of them. When you’re traveling like that you’re having a good time when you’re on your business trips, meeting different people in different towns.

Tam-Star: When did you first decide you were going to become a professional basketball player? Was there any person or player that inspired you?

Voshon: When I was little Isaiah Thomas; I admired him a lot, so I pretty much decided to pattern my game after him.

Tam-Star: As someone who is known as a great 3-point shooter, what current NBA player would you say is the purest shooter in today’s game?

Voshon: The purest shooter… I’d probably have to say Dirk Nowitzki. He’s proven that over and over again, and if there was anybody I want on my team it probably would be him right now.

Tam-Star: Everybody’s on Dirk’s hill right now. What do you think is the difference in the NBA when you played and the NBA now?

Voshon: I think guys are coming in a lot younger these days and they’re trying to learn the game where when I came in so many guys went to college first. There’s so many guys coming out of high school right now going to the NBA, it takes them 4-5 years to really learn the game and mature. So I’d say that’s the biggest difference between when I played and now.

This 2004 NBA All-Star Weekend Three-Point Shootout winner talks more than basketball though, including his picks on rappers, the female form, and nightlife. For the complete interview and to hear what Voshon misses most about the NBA click here.