There are a bunch of Sports-meets-real-life fusions headed your way this spring. Some I’ve discussed in previous posts, others are brand new. 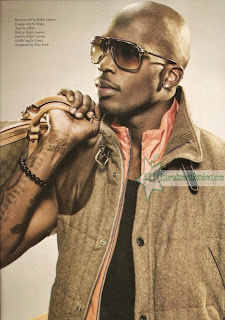 * 1st Ocho Cinco tackles the ball room with DWTS but I’m more excited for his VH1 outing. I told you it was coming. And if you’ve been following Chad on twitter, you could see the set up for this months ago. Chad lamenting about how hard it is for him to find a girl, his lonely Valentine’s day, The different approaches he’s trying with women etc. Low and behold 85 takes over where Flav, Brett Michaels & Ray J have failed… For the love of 85’s Bachelor status is headed your way { ok not the real title but you KNOW it works} The tentative title for the show is “Ocho Cinco’s tournament”. Maybe that’s just the concept for March Madness?? At any rate, I know there’s some ladies out there that are legitimately interested (in addition to those looking for 12 minutes of fame (I had to cut 3 minutes off the usual 15 because it’s getting intense out there! ::giggles) Casting info here

If you need inspiration as to why you should go ahead and submit your app ladies, check out this viral video of Chad au natural for Reebok (Love his Marketing Moxy!)

Be sure to let me know if you audition and how it goes! I’m a cheerleader for foolishness and a sucker for a great marketing scheme. This has ALL the makings of both!! 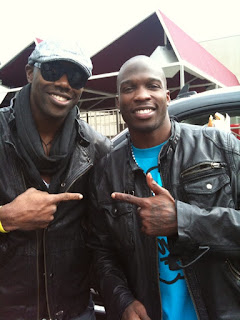 * At least we’ll see these two paired up on VH1 promos since the dream has died of them playing on the field together! 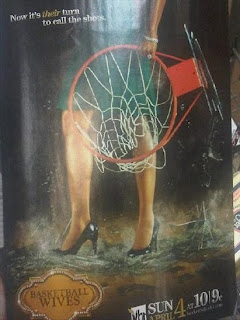 * Next up on our reality tour (we’re still in VH1 land, notice a theme??) Basketball Wives is finally set to premiere April 11th on the Network. I’m excited! I follow a few of the ladies on twitter and I must say I think it’s going to be a wild journey but not one without a few lessons learned along the way. Plus considering Evelyn Lozada is the owner of Dulce Boutique in Miami, my shoe addiction should be fed weekly! Can’t wait for both to make their debut! 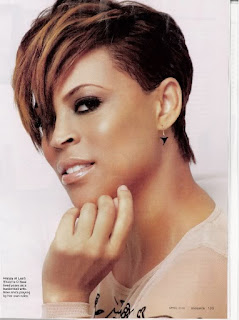 * Speaking of the Ex Mrs O’Neal. She’s featured in the April issue of Essence magazine (the photography is STELLAR by the way. Here are few excerpts from the article:

“I didn’t want my kids in a broken home. I was willing to suffer for their sake”

Shaunie O’Neal sat down with Essence Magazine and spilled the tea on why she left Shaq as well as a few rumors. She says the marriage started heading south after Shaq was traded to Miami.

Miami is a great city. It just wasn’t a great city for our marriage. I know they say L.A. has its groupies, but Miami has a different mentality. Even going to the games, the whole environment is so different. Girls are practically sitting in their bra and panties in the arena. When you’re trying to keep your husband, that’s a lot to take. It was a whole new lifestyle I wasn’t ready for. Apparently we didn’t have a strong enough foundation for Shaq to withstand that type of temptation.

Shaunie on confronting Shaq about the infidelity rumors:
He would deny it sometimes, and other times he would ask, ‘You got pictures? Video? If not, don’t come at me because you have no proof.’ “He’d say, ‘Okay, you’re mad. Now what? You’re not going anywhere.

Shaunie on being accused of cheating on Shaq with her personal trainer:
I worked out at home- with my trainer, my sister, her husband and my girlfriend. I was a good girl. I wouldn’t even entertain a man flirting with me. I was that conservative. But when those rumors came out, I felt I was so small and Shaq was so big that it didn’t matter what I said; nobody was going to believe me. All I was thinking was, How could this happen to me? I had no idea how I was going to pick up the pieces. I was just done.

Shaunie on the state of her relationship with Shaq today
We are becoming friends, and it’s nice because it’s something we really lacked in our marriage. I enjoy being able to talk openly to him, and I think we both learned a lot from each other during this time. 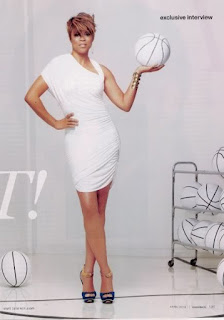 * The shoes have me in convulsions by the way; Sacco from Dulce. 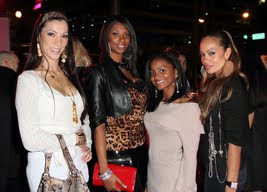 Oh there’s also been a few cast changes from when the show was 1st announced. One of the most interesting additions (at least in my mind) is Gloria Govan (Laura Govan’s sister AKA Gilbert Arenas’ fiancee AKA Shaq’s Alleged secret lover… MAYBE but currently Orlando Magic’s Matt Barnes fiancee/Baby’s mama) Yup APPOINTMENT TV!! 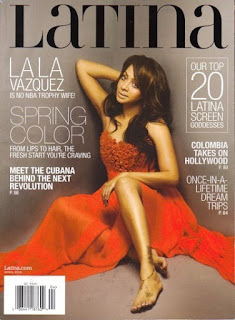 *NBA wifey Lala Vasquez graces the cover of Latina magazine to discuss, life as a Black latina and being the finacee of Carmelo Anthony… Oh she & Carmelo’s company Crossover Productions have a deal in place to produce a reality show about Professional Basketball players looking for love. What’s the network… VH1. Like I said, there’s a theme.
Below a few excerpts from Lala’s interview:
Socialite Lala Vasquez, who is soon to be married to Carmelo Anthony, recently had an interview with Latina.com where she addressed issues that have been irking her nerves enough for her to yell. The two most pressing issues concern questioning her Puerto Rican-ness and the other, of course, is the idea that Carmelo Anthony was just stringing her along and never really planning to marry her. Peep snippets of the interview below:

On her relationship with Carmelo Anthony:

Even with all that I’ve accomplished on my own,” says Alani “La La” Vazquez in the April 2010 issue of Latina magazine, “I know the story out there about me: ‘[Carmelo] ain’t gonna marry her. She got that ring but now he’s making her wait. He don’t really love her…’ For once…I’d like to tell the story as it is. Not as it’s told.”

“I wasn’t making her wait,” Denver Nuggets star Carmelo Anthony tells Latina magazine of La La, his fiancée. “If anything, I was waiting for her to slow down. She was doing her own thing, handling her business and we were happy. When it was time to take it to the next step we did. Period.”

So has he ever doubted for a minute that La La Vazquez is Mrs. Right, one with life, mindset (and bank account) of her own? Melo speaks slowly, but surely: “ I wouldn’t be with her if it was any other way.” “Understood?” 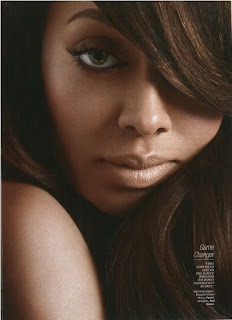 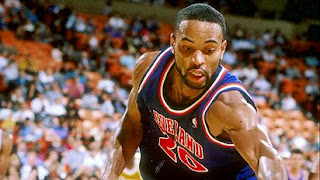 * Lastly, an ESPN “Outside the Lines” segment that was inspired by the Tiger Woods. The segment interviews former NBA player Winston Bennett (I have no clue either) apparently he was a midlevel player who managed to sleep with around 90 women a month (even while married) and brought home 2 STD’s. They’re still married… None of that shocks me
Here’s Winston & his Wife Peggy’s interview
When asked if he would stay if he found out his wife was cheating on him, what do you think Mr. Bennett’s response was????? Absolutely not. No hesitation whatsoever.