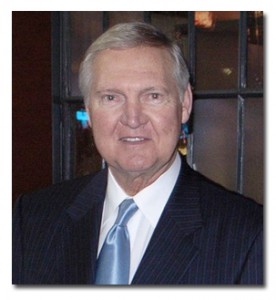 Looks as if Joe Lacob, the new owner of the Golden State Warriors is serious about turning the franchise around. He’s hired “The Logo” Jerry West as a consultant for the team.

If by some chance you aren’t familiar with West, in addition to being the player the NBA logo is modeled after and a Hall of Famer, these are a few of his other accolades:

In 2002 after leaving the Lakers, he became the general manager of the Memphis Grizzlies for five seasons, and guided them into the postseason for the first time in their franchise’s history.

Let’s see what type of magic he can create for the bay.