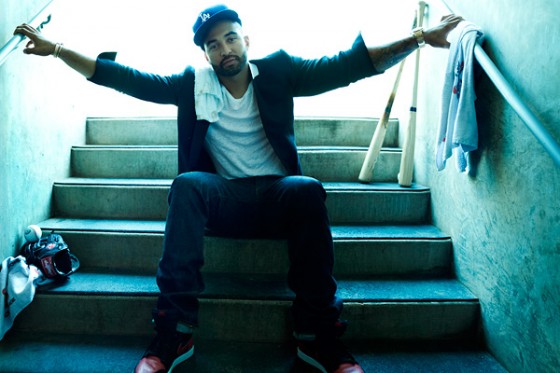 How did I miss this? Dodgers star Matt Kemp is still working on coming back from a hamstring injury that has kept him on the disabled list since May 31st. In an ESPN the Magazine feature, the outfielder discussed his growth as a baseball player- basketball was his sport of choice growing up in Oklahoma City. How living in LA can get you in trouble and what he did to turn his game around to earn that $160 million contract.

The problem with LA and how it was affecting his game:

In Los Angeles, there was always a party to go to or a new bar to check out. It had become more and more difficult to get up in the morning for workouts. After the 2010 season, Matt moved to Arizona in the offseason, cut junk food from his diet and dropped 15 pounds from his 230-pound frame.

Kemp broke down and cried at baggage claim. “You think about the 2010 season, all the struggles before that, your whole life,” Kemp says, shaking his head. “And then I was like, ‘Wow, now I can take care of my mama.’

It’s all about focus and discipline. Matt figured that out and he went on to have a career year that earned him the largest contract in Dodgers history. Kemp hopes he’s ready to return soon. He’s even interested in playing in the All-Star game next month if everything checks out with the team. After all, he’s all about team first now. Dodgers are leading the NL West at 43- 29.